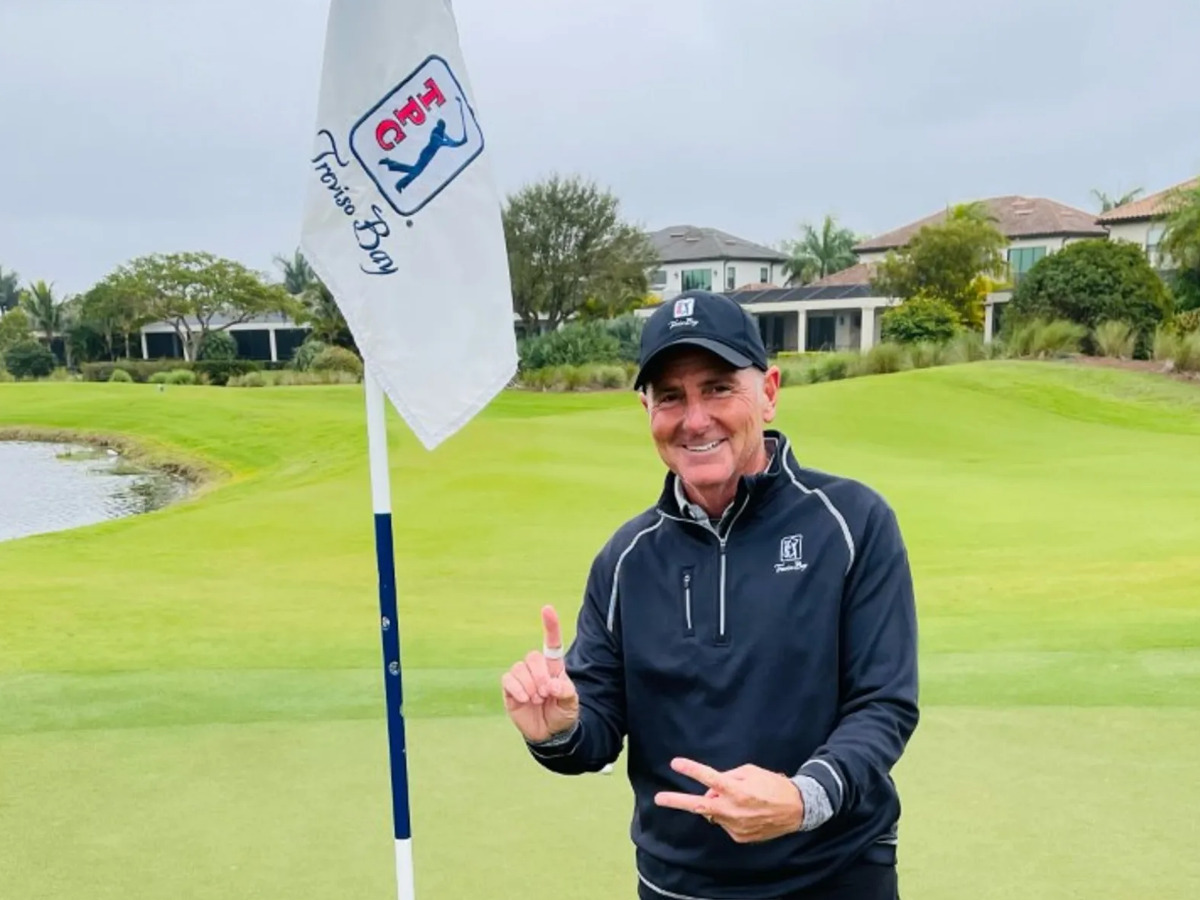 On Dec. 13, Jeff Mazzaro from Florida began his run with a hole-in-one on the course’s No. 3 hole with a 6-iron from 145 yards against the wind.  That was amazing. What happened afterwards was even more remarkable especially considering it was in a club championship match.

Mazzaro, 59, competed in a match against Mike O’Neil on Sunday, Jan. 23. They started on the back nine, and by the time they got to the par-3 14th, he was already three up.

He hit a 5-rescue 170 yds into the wind with the pin up front . Everyone saw the ball land on the front of the green and drop perfectly into the hole. Hole No. 15 was halved, and O’Neil took No. 16 to drop to 3 down. O’Neil hit his approach to within a couple of feet on the par 3 17th.

At that point he probably thought he could go two down however that was not to be the case. Mazzaro then hit a 6-iron from 140 yards which landed about five yards short of the cup and bounced right in.

Mazzaro had used the same ball for both aces.  On the next hole, he nearly lost it however when he hit his approach shot into the water.
Luckily he was able to fish it out because it hit the bank and just rolled in.

On the fourth hole of the front nine, Mazzaro won the match. He was able to put his lucky  ball in his bag and went on to win his second men’s club championship in a row and his third overall.

Mazzaro’s streak was not over yet however. He played Royal Palm Golf Club on the following Tuesday after being invited by some pals. Incredibly Mazzaro was able to make another hole-in-one on the par-3 16th hole.

Using an 8-iron his shot fell just short of the pin bouncing a couple of times before ending up right in the cup.

Mazzaro now has seven total aces despite just working for Dooney and Bourke as a sales representative. He does own the golf course at Stillmeadow Country Club in Cincinnati however.

He worked there as a caddie as a youth, and after the club went bankrupt in 2009, he bought it a few years later.

Mazzaro works at the club with his wife and two sons, one of whom is the course superintendent. They’ve turned it into a family operation doing everything from  mowing the courses to cleaning toilets.

Mazzaro doesn’t get to play much at his course because it’s so busy so when October arrives, he heads down to Naples. From 2003 to 2015, he played at Cypress Woods before discovering TPC Treviso Bay.

There are a lot of good players at Treviso who motivated him. He is in a group that’s quite competitive so it has  encouraged him to improve.

Peter Meurer, 64, is one of the club’s best players. He finished tied for 22nd in the State Senior Amateur Tournament last year. Rob Myhill, 74, was in another match with Mazzaro in his club championship group when Mazzaro made the two aces, and he has since served as a mentor.

Mazzaro has clearly enjoyed this period, but there is one thing he would like to achieve at some time. Mazzaro thinks it would be amazing to get the Treviso Slam (a hole-in-one on each of the club’s par-3s). Quite a goal but you wouldn’t put it past him.